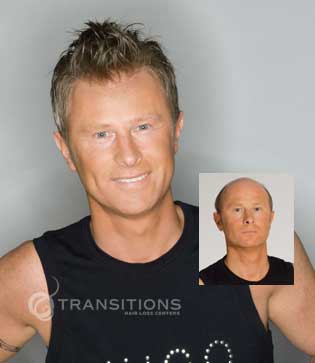 Have you been losing hair mysteriously? This article takes you through DHT (Dihydrotestosterone) and how it causes hair loss. Also, it touches on DHT Blockers, medications which can inhibit DHT.

How Does DHT Cause Hair Loss?

Testosterone works alongside 5-alpha-reductase, an enzyme found in the hair follicle gland, to convert to DHT. For men with a hereditary baldness disorder, DHT binds to receptors in hair follicles to cause shrinking of the follicle.

Anagen is the first phase of hair growth. It takes place anywhere between 2 to 6 years. The longer this phase lasts, the longer your hair grows. The majority of people have their hair in this phase.

Catagen lasts between 1 to 3 weeks. During this phase, hair follicles renew again for another growth phase.

During the Telogen phase, the hair follicle remains for around one to four months. Anagen begins as soon as telogen comes to an end.

In the Exogen phase, new follicles push out the existing hair out of the pore, allowing new growth. However, DHT miniaturizes the new hair follicles, causing premature male baldness. The resulting anagen phase gets long, as no new hair follicles are produced.

DHT blockers inhibit the conversion of testosterone to DHT.

What are DHT Blockers?

DHT blockers are the most effective treatments for this form of hair loss. Finasteride, a 5α-reductase inhibitor, helps reduce male pattern baldness. It can stop premature baldness when taken during the early stages of hair loss. In some instances, it causes hair growth, although in reduced numbers.

Talk to a Hair Restoration Specialist Near You

DHT is the male hormone that causes male pattern baldness. If you have been experiencing hair loss, DHT blockers may help you significantly.

Transitions Hair Loss Centers are located in major population centers nationwide, including San Jose, California, Long Island, New York, and dozens of locations in between.  They pride themselves on having the latest clinically proven hair loss treatment solutions. If you have questions about hair loss and thinning hair, contact a Transitions member hair restoration specialist near you to arrange for a private, one-on-one consultation where you can get all your questions answered fully, and find the perfect hair loss solution for you.