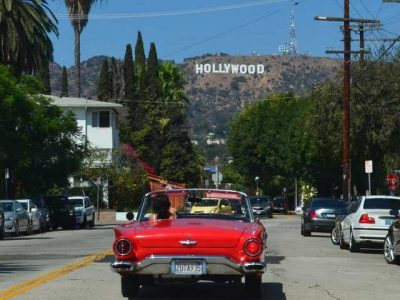 Celebrity hair loss is real. But hair loss is a real problem that affects hundreds, if not millions, of men and women around the world. You only have to look at yourself and the people closest to you to know this. However, what you may overlook is some of the world’s wealthiest and most successful celebrities have the same problem?

When it comes to superstars, it’s easy to forget that many of these high-profile individuals deal with the same problems we ordinary folk do daily. Let’s take a look at four celebrities where hair loss is a very real issue…

Known more commonly as 007, Daniel Craig is regarded worldwide as one of if not THE best James Bond actors to ever play the role. A character famous for being slick, smooth, calm and confident—it’s a character all males can aspire to be somewhat, even if they don’t want to admit it. However, it appears Craig has the same hair receding problem that many males of the same age face. The actor’s hair loss is likely a common case of male pattern baldness.

Viola Davis is one of the most extreme cases when it comes to celebrity female hair loss. The award-winning actress, at the age of 28, struggled with alopecia which in turn led to her losing almost 50 percent of her hair. While wearing a wig was the actress’s ‘go-to’ for a long time, in recent years, Viola has become more open about her battle with alopecia.

Matthew McConaughey is well known for his hair restoration. The Wolf of Wall Street actor claimed he was balding before the turn of the century but has since been able to rejuvenate his hair. While many, especially younger fans, may not know this, McConaughey didn’t always have a solid head of hair like today. He credits this rejuvenation largely to Regenix, a natural product used to treat hair and in Matthew’s case, bring it back to life entirely.

Elon Musk is now one of the world’s most well-known names and richest men. The Tesla CEO, as his most famous title, is also responsible for SpaceX and the creator of PayPal. In early photos around the time of the selling of PayPal, photos clearly show Musk in the middle of a classic case of male pattern baldness. However, in more recent times, his hair has been somewhat rejuvenated. While it is not known what exactly Musk has done to reclaim his hair, it is likely a result of a great hair transplant or a hair system.

Celebrity Hair Loss Solutions for You & Me

It’s no secret that hair loss affects millions of individuals around the world, not just famous men and women in California. Whether it be from alopecia, hair mistreatment to more serious issues such as cancer treatment. As of 2020, hair loss has also become a side effect of COVID 19.

Hair loss is a real problem and affects our celebrities just the same as you and me. If you’re worried about hair loss and need some advice, please reach out to a Transitions Hair Loss specialist near you who can answer all your questions and help you find the perfect hair loss solution to meet your needs and lifestyle.